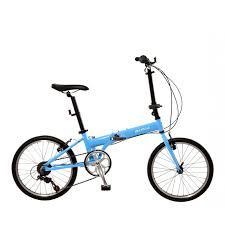 i don’t like to exercise. i like having exercised but as a musician, i’ve become accustomed to doing whatever i want all the time. and if i don’t feel like exercising, i generally don’t. for a long time, swimming was what i did. it’s not really exercise because you don’t sweat. and i loved the sensation of being submerged in the water. and it gets all your muscles in a low impact way. i have always lived near a pool but for the last five years i have lived in a neighborhood where the nearest pool is 30 minutes away. so i took up running. there is a beautiful promenade across the street from my building and it’s exactly a mile from my house to the verrazzano bridge. it was nice being out on the narrows - in the weather; seeing all the ships go by. that lasted about a year. then even the view couldn’t inspire me. i had to put on work-out clothes, too, and that started to bother me. and the sweating. in the summer it truly sucked. so i bought a bike. a nice bike - not nice like a ten-speed racing bike or a fixed gear bike or a mountain bike. it’s a fold-up made by beria. i’d always ridden it around the neighborhood for errands and whatnot. but i never looked at it as a reasonable source of exercise. it’s only got 5 gears and the tires are really small. then one day i was sitting around thinking about robert shaw. i recently saw jaws for the umpteenth time and so i was reading about the production. how robert shaw would go through 2 or 3 PA's a day getting hammered while the crew was setting up shots. the PA’s would pass out one by one. but robert shaw just got better and better. and he never missed a 7am call. there he was, waiting at the beach, ready to go out into martha’s vineyard and shoot all day. and we can see the results - a brilliant performance. the film came out in 1975. robert shaw was 48 years old. 3 years later he was driving near his home in tourmakeady, ireland, felt ill, pulled over, got out, had a heart-attack and died on the side of the road. just like that - at 51, two years younger than me. my brother who is ten years older than me likes to say the first sign of a heart-attack is sudden death. enough said. i have a 6-year-old daughter and i need to stick around.

so i thought i’d take a ride on the folding bike to the pier on the promenade. i used to listen to music when i ran my route the other direction to the bridge and that helped. but i was so uncomfortable running. everyone i saw running was uncomfortable. nobody smiles when they are running. so i put some headphones on and rode to the pier. it’s much farther than the bridge and if there is wind, it will be in your face. i didn’t push myself, i just rode and put my music on shuffle. but something had changed since i last did this. all of the music on my computer at home was now accessible on my phone through the cloud. music was coming up i hadn’t thought about in years. before i knew it, i had been to the pier and was back to my entrance point onto the promenade so i kept going to the bridge. then i turned around and came back. i had listened to 8 or 10 songs in about 45 minutes. i considered that a worthy workout. i wasn’t sweaty and i wore my street clothes. that meant i could do it without any preparation. just jump on the bike and go. and the idea of listening to all that music gave me an idea. i had even more music on a hard drive. so i dumped it all in my computer when i got home and it went up into the cloud. like magic. now all of the music that’s ever been in a computer i’ve had was totally accessible - 1000’s of songs, tunes, compositions, cues i’d written for film, tv or docs, everything. to someone born in this millenium, this is no big revelation but it kind of blew my mind. i couldn’t wait to get out there and see what would come up next. i bought a bigger more comfortable saddle for the bike and i was exercising again.

what will follow is documentation of these set lists, some commentary about them and musical selections from the things you’ve maybe never heard and couldn’t have possibly ever heard.

i got turned on to otr through my nieces. they are huge fans and i had never even heard of them. when i met karin bergquist after one my sets at the rockwood music hall and sent my nieces a pic of her with me, they thought i was so cool. my recently deceased friend, tim luntzel, played with them, too. i can see this project is going to bring up some memories - good, bad, happy, sad.

i’m not going to post the trio tune.  there’s a reason it’s unreleased and i heard what it was. in this case, it was a lack of inspiration and passion. if you don’t get it on the first take playing live like we were, you going to have a hard time getting it.

one of the things i’m forcing myself to do with this project is listen to the whole selection no matter what it is.  so it’s nice to really deep listen to music i’ve known like the miles or the bowie. there is so much i’m sure i’ve missed just with music i already know. the lutoslawski  someone gave me and i never really listened to all of it, so that seemed totally new. i wasn’t crazy about it.