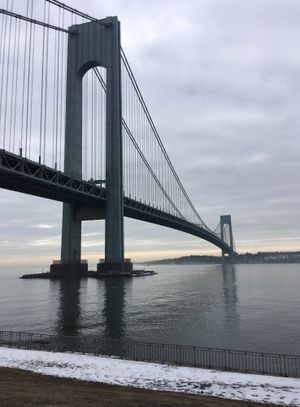 the cuckoo, too - taj mahal/nat'l blues

i was playing at the old nublu on avenue c and east 5th street with my funk band i called, groovula, like dracula. we were in the second half of our set and in walked lou reed. nublu was very dark but he had his lou reed outfit on and was unmistakable. he wasn't wearing the lou reed shades - it was dark - but it was him - black everythng - hair, t-shirt, jeans, jacket and boots. yep. lou reed.

it wasn't unusual to see lou reed. he got around. at the time of this sighting i hadn't been in nyc that long and i'd already run into lou reed twice, each time in an elevator. i said nothing and of course, neither did he. one knows not to talk to lou reed. years later when i got the job at del posto he would come in from time to time. i always played, 'it's a perfect day', when he did, because i thought that is just a ridiculous song, the way he sings it like andy williams or some other crooner. and the scmaltzy string arrangements. it's just awful.

or is it? it has taken me a long time to dig the velvet underground and lou reed - the out of tune guitars, the bad singing, the simple, often corny songs. the only thing that seemed to make them 'cool' is they all wore black and they hung out with warhol. shooting dope is supposed to make you 'cool' but it doesn't. so that didn't impress me either. i just didn't get it. but once i started to look at it as art and not music, i started to appreciate it. if they were kidding or being sarcastic or it was some kind of performance art, i get it. if they were serious, i don't. it's just crappy.

i was watching lou reed watch me. we were pretty damn funky but dude didn't move a muscle - not even a toe tap. he had positioned himself at the corner of the bar on a stool not 10 feet away from me. i had sunglasses with me so i put them on so i could watch him. like i said, he was a fucking statue. it was kind of fucking me up, like, should i play a deconstructionist solo that's sparse and quirky or should i just do my thing - get in the pocket and play lines. i decided i didn't want to sound shitty on purpose the way he does so i just did my thing, checking out lou reed to see if he was reacting to anything i played. dude was a sphynx.

we finished the set and i quickly packed up. there was another band on after us. i put my gear in a corner and went over to the bar to get a beer. there was a spot next to lou reed so i sat down. he was alone. i thought i might ask him if i could buy him a drink but he'd been there for half-an-hour and there was no drink in front of him. right. his liver was probably shot. what else could i say? i was going to say something this time. i had a reason. he'd been sitting there watching me for 30 minutes. i didn't need an introduction. since he didn't seem to be there to hear us, i figured he knew the next band. i leaned over and said,

'so...you here to see the next band?'
he looked over at me, his black eyes drilling a hole in my forehead, 'yeah.'
'are they any good?'
we'll see.'

o--kay. i went back to my beer. he got up and went around me, taking a stool two stools away that had just vacated at the end of the bar. there he could have his back to the wall and people could only approach him from the front. but they didn't. he was lou reed.

marty sammon has played in buddy guy's band for years. we met through coco taylor's drummer, rick king, a guy who says goodbye on the phone by shouting, 'ok! stay up!' sometimes i call rick just to hear him say that at the end of our conversation. it makes me feel good and lifts my spirits. marty and i became friends and everytime marty comes to town with buddy - they are all from chicago - we go out, usually in search of a good steak. marty is an incredible piano player and singer and i admire what he does greatly. and he's hilarious. man, we have had some laughs. this track is a song of his and he sings and plays on it. here are the lyrics to the first verse. it's not hard to see why we are such good friends.

high priests in the temple of syrinx, the oaks and maples disagree while dionysius and the gods battle over the fate of man. i don't care one way or the other about the lyrics when it comes to rush. like zep, the lyrics are not why i am listening. battles for evermore in the darkest depths of mordor with the cold winds of thor blowing didn't put me off zep. so that wasn't a problem for me with rush. i liked the riffs, the drums and the guitar solos. i have ALL the zep on vinyl but i only like 3 rush records - this one, permanent waves and moving pictures. the rest of their stuff i'm not so into. when i was learning to play the bass as a teenager, geddy lee's unusual rickenbacker sound and great playing reminded my of chris squire - the bass very audible and punchy, not just holding down the roots of the chords but also standing alone as a part. i played along to those three rush records, all the zep, fragile and close to the edge. i wouldn't say i'm a huge prog rock devotee but you had to be able to play to hang. so my musical journey would naturally go through some of those bands. elp was my first concert at 13 but i couldn't play any of their music till years later. brain salad surgery pretty much blew my little teenage mind.

just what i love about this project - after the rush, here comes some phineas newborne. what a contrast. i've tried to dig him because he had such technique on display. he is regarded as one of the better players of the piano in jazz and i know him for playing lines with both hands two octaves apart. he's not the only one to have done it - that was an identifying feature of oscar peterson - but he did it a lot. i bought this recording knowing nothing about it. i just wanted to check out some phineas. and ray brown and elvin seemed like an unusual combination. the session sounds unrehearsed. elvin plays through the first solo break on this track. phineas has such strong technique he just powers through. same with ray. elvin plays all over his solo but you can still focus on ray. i liked listening to it. the cats weren't always perfect but that wasn't the standard then. as anthony braxton said to me on my very first recording date when i wanted to do another take of a duet we had just played, 'mr. scott. so there was a little mistake. we are not robots.'